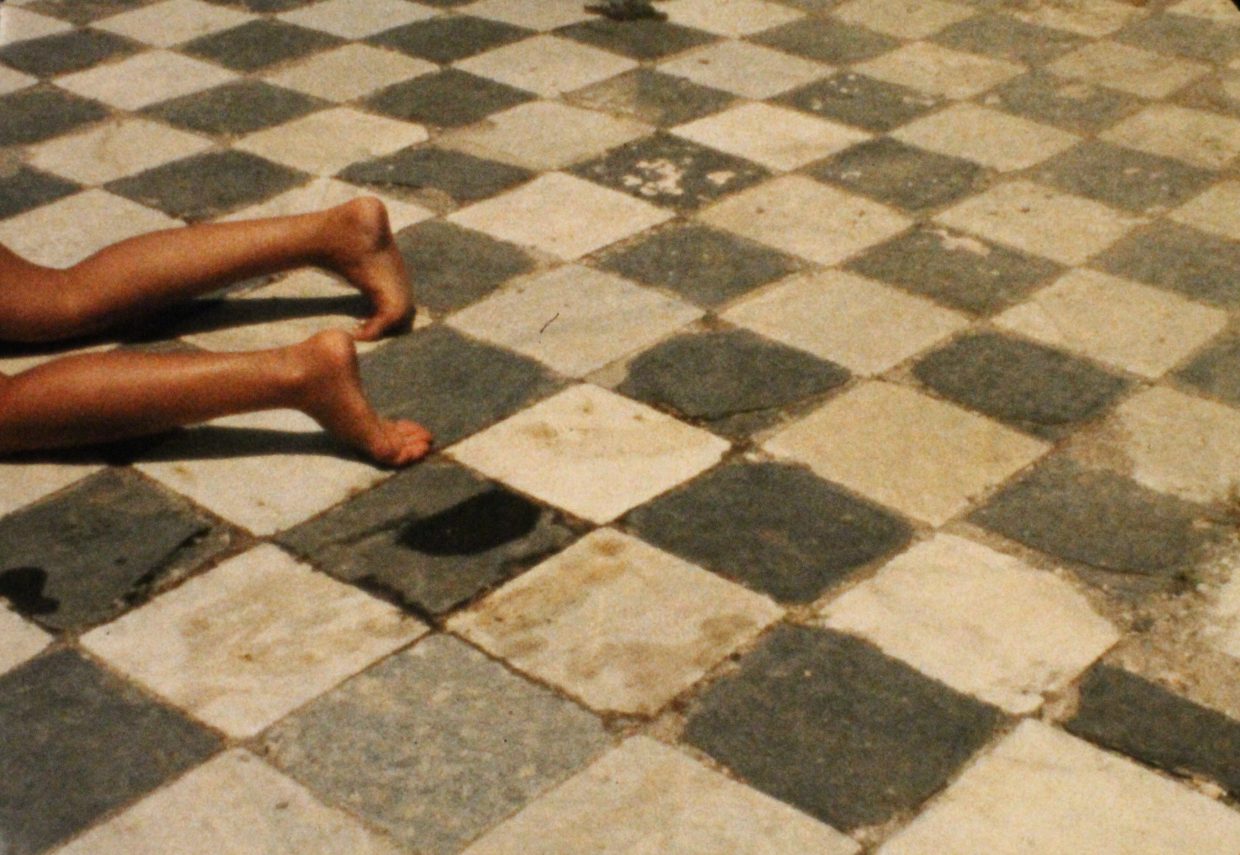 An evening of visceral and provocative handmade films that explore bodies, acts of the solitary, text, language, visual information and personal exposure. Nazlı Dinçel’s work reflects on experiences of disruption.

She records the body in context with arousal, immigration, dislocation and desire in juxtaposition with the medium’s material: texture, color and the passing of emulsion. Her use of text as image, language and sound attempts the failure of memory and her own displacement within a western society.

BIO
Nazlı Dinçel’s hand-made work reflects on experiences of disruption. She records the body in context with arousal, immigration, dislocation and desire with the film object: its texture, color and the tractable emulsion of the 16mm material. Her use of text as image, language and sound imitates the failure of memory and her own displacement within a western society.

Born in Ankara, Turkey, Dinçel immigrated to the United Sates at the age of 17. Dinçel resides in Milwaukee, WI where she is currently building an artist run film laboratory. She obtained her MFA in filmmaking from UW-Milwaukee. Her works have been exhibited in numerous venues around the world including Tiger Shorts competition at IFFR, New York Film Festival, Edinburgh International Film Festival and Dallas Contemporary.
She recently won the Marian McMahon Akimbo award at the 2017 Images Festival with Untitled (2016) and was also awarded Best Experimental Film at the 2015 Chicago Underground Film Festival with Her Silent Seaming (2014).

Her Silent Seaming
16mm, 10min, Color, Super 16 Image-Sound, 24fps, 2014
A transcription of what I have been told during intimate experiences while separating from my husband. Sections consist of destroyed originals from Leafless (2011) and motifs of the “feminine”. These decorative objects are re-valued through a controlled act of cutting, with an allusion to synchronization. Direct sound of cuts and hand processing are composed of 26 frame shots. Un-synced, it reveals a hearing of past images, as an act of translation.

Solitary Acts #6
16mm, 11min, Color, Optical Sound, 24fps, 2015 Exacto Knife, 1.5mm Letter Punches, Hammer, Leather Puncher
The filmmaker films her subject in a private act, complicating what could be considered a solitary act. This is a feminist critique of the Oedipal complex, narrating from the perspective of the female. The filmmaker recounts an abortion she had in 2009. The aborted child takes the place of her lover.

Shape of a Surface
16mm, 9min, Color, Optical Sound, 24fps,Turkey, 2017
The ground holds accounts of once pagan, then Christian and now Muslim ruins of the city built for Aphrodite. As she takes revenge on Narcissus, mirrors reveal what is seen and surfaces, limbs dismantle and marble turns flesh.

Between Relating and Use
16mm, color, 9min, sound, 24fps (Argentina/USA) 2018, Laser engraver, Ektachrome
Borrowing words from Laura Mark’s “Transnational Object” and DW Winnicott’s “Transitional Object”, this film is an attempt to ethically make work in a foreign land. Transitioning from assuming the position of an ethnographer, we turn and explore inwards- on how we use our lovers.